Which Orlando Water Park Is The Best?

Which Orlando Water Park Is The Best?

Orlando is known for its theme parks, but it’s also a water park haven. Walt Disney World alone has two water parks, and SeaWorld Orlando and Universal Orlando Resort have their own watery playgrounds. If you don’t mind venturing a little farther, LEGOLAND Florida also has a water park. There are lots of tips and tricks for going to Orlando water parks and we have ranked them here for you based on the kind of experience you are hoping to have.

How do the Orlando water parks stack up against each other? Here’s a list to help you compare them:

Water Park with the Best Thrills: Volcano Bay, Universal’s water park, wins this category by a nose, with Aquatica, SeaWorld’s water park, running a close second. The Disney water parks, Typhoon Lagoon and Blizzard Beach, have their thrills, but they’re targeted at families, so most of the rides are relatively mild. 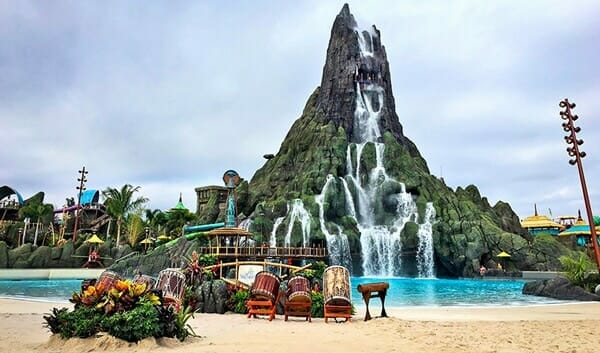 Waterpark with the Best Ambiance: Typhoon Lagoon at Walt Disney World is a lush tropical paradise. You truly do feel like you’re stranded in a secluded lagoon, even though Disney Springs is just a stone’s throw away. Since Disney is well known for its theming talent, it’s no wonder that Blizzard Beach runs a close second, and it gets top honors if you’re judging the water parks based on the uniqueness of the theme. Only Disney Imagineers would plan a water park around a ski resort motif.

Most Unique Attraction at a Waterpark: This is a tie between Typhoon Lagoon and Aquatica. The Disney park has a saltwater reef that allows you to snorkel with sharks and tropical fish. The SeaWorld park has the Dolphin Plunge slide, which sends you through a clear acrylic tube in a habitat that houses four Commerson’s dolphins. You can also see the dolphins, and a huge fish tank, from the lazy river. 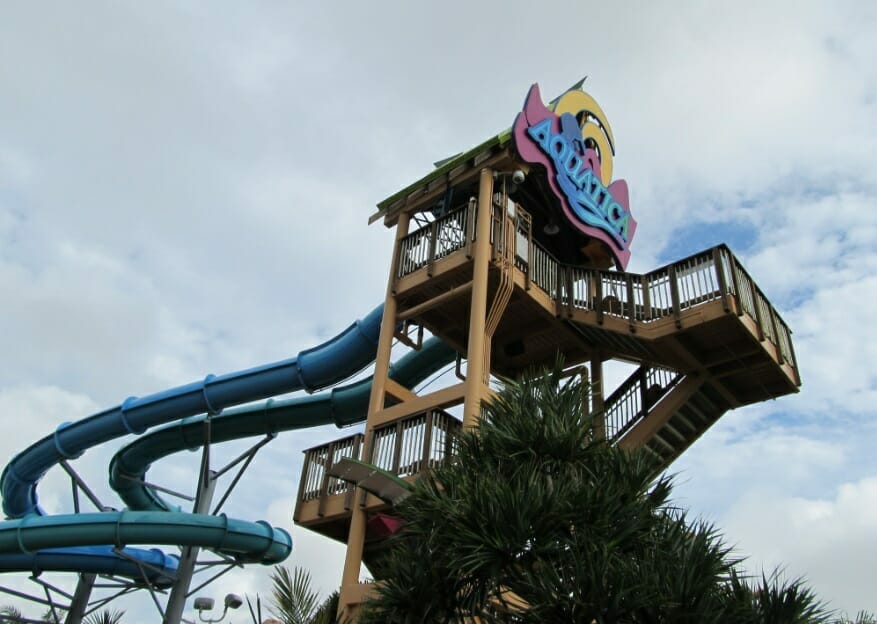 Best Water Park for Crowded Days: Winter is a great time to visit Orlando water parks because the crowds are low. Often, the number of rides you do in a day is limited only by the number of times you can climb the stairs to the water slides. Summer is the polar opposite, with lines snaking down the stairs and waits that can reach an hour or more just to do one slide.

Volcano Bay has a solution to the crowds, although it costs some extra money. It’s the only water park in Orlando to offer an express pass. Buy the pass and you get to use a special, much shorter line. It’s a great way to ensure that you get on all the slides, even if you visit in the crazy peak season.

If you don’t want to worry about finding a shady spot to sit in summer, all of the Orlando water parks rent private cabanas. They’re costly, but you get your own reserved area, complete with loungers and perks like towels, a locker, and bottled water.

Best Water Park for Young Kids: The LEGOLAND Florida theme park is targeted at kids between the ages of two and 12, and its water park is aimed at the same demographic. While all the Orlando water parks cater to kids with cute themed play areas, everything at the LEGOLAND Florida water park is relatively tame. As a bonus, kids get to customize their inner tubes on the lazy river by adding special Lego bricks. They love building precarious creations as they float along.

Sometimes people visiting Orlando forget about their most important water fun choice of all is where they want to stay!  We recommend getting a private pool home if you want to be able to swim from morning to night on your vacation.  There are also many hotels with beautiful pools for kids and adults alike to play in.

You can find hotels and vacation homes near the water parks by looking on www.orlandovacation.com or calling 800-641-4008. Be sure to ask about special money-saving package deals. 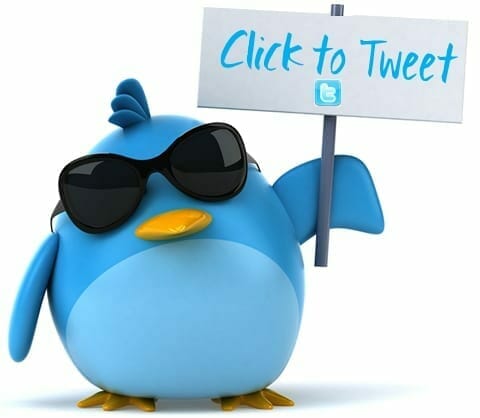