Orlando is a great spot for thrill-seekers because it’s home to seven theme parks. You’ve got four parks at Walt Disney World, plus SeaWorld Orlando, Universal Studios Florida, and Islands of Adventure.

What are the ten best thrill rides in Orlando? Here’s a list:

1) Harry Potter and the Forbidden Journey (Islands of Adventure): This ride takes the number one spot because it’s so unique. It’s not a roller coaster, but rather a hybrid dark ride/simulator that uses a Kuka robot arm as its base. This gives it the ability to move riders wildly as they pass through animatronics and movie scenes in and around Hogwarts Castle.

2) Expedition Everest (Disney’s Animal Kingdom): This roller coaster offers some unique thrills in two ways. First, it has a dark ride section in which you encounter the legendary Yeti. Second, it disorients you by sending you unexpectedly backward.

3) Manta (SeaWorld Orlando): Manta is a “flying” roller coaster with ride vehicles that tilt you face down as you glide along the track. Combine this unique position with amazing G-forces in the first pretzel loop and you’ve got the perfect recipe for thrills.

4) Revenge of the Mummy (Universal Studios Florida): This indoor roller coaster/dark ride combination packs a real punch. It has fire effects, a fast launch, a backward section, and a few bone-jarring spots.

5) Kraken (SeaWorld Orlando): Kraken would be a pretty standard roller coaster if it weren’t for one small factor: its absence of floors. The coaster trains are floorless, allowing you to see straight down, tapping into any fear of heights you might be harboring. 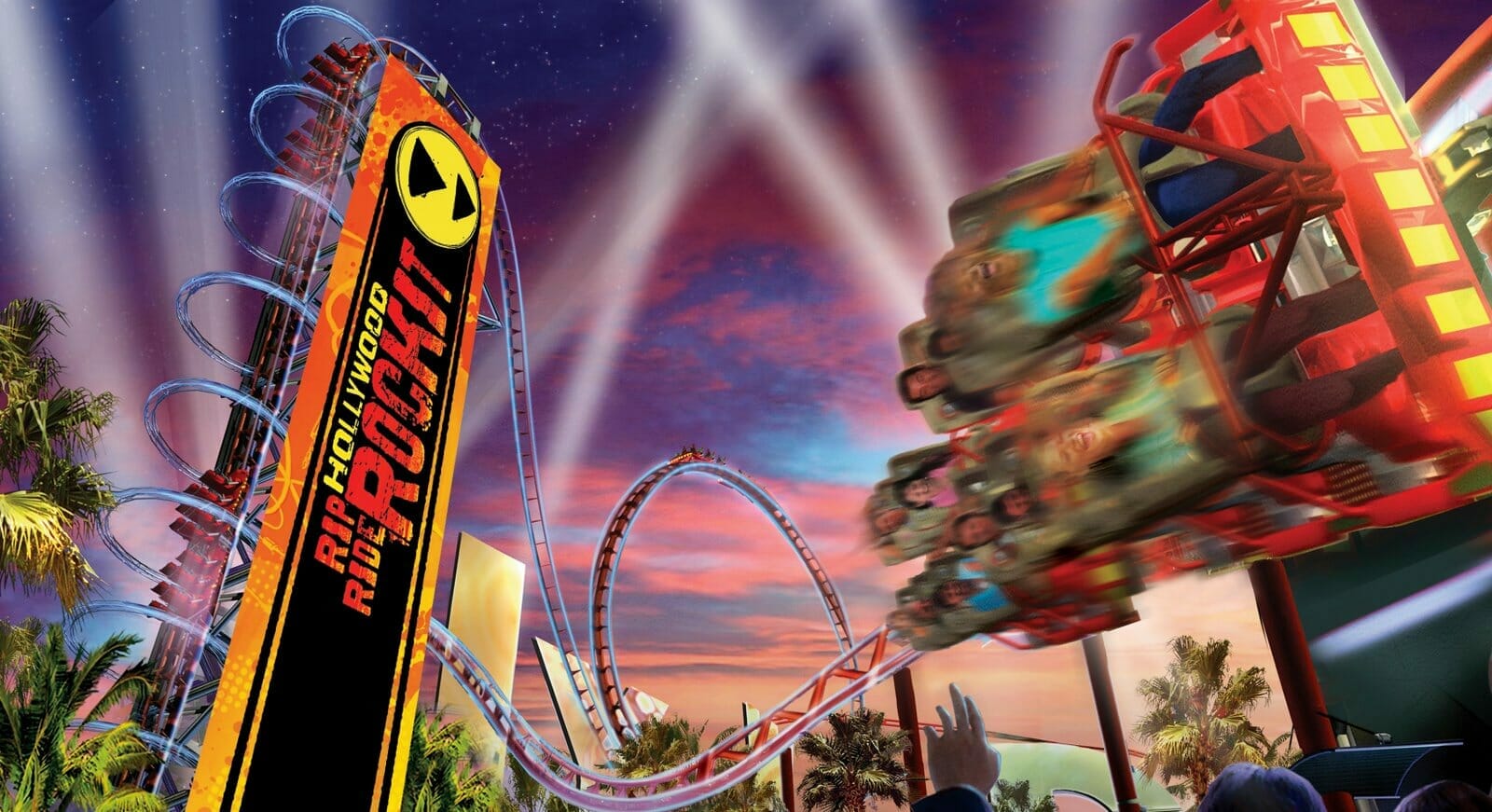 7) Rock ‘N’ Roller Coaster Starring Aerosmith (Disney’s Hollywood Studios): From the moment it blasts you up the lift hill at 60 miles an hour, Rock ‘N’ Roller Coaster is packed with thrills. This indoor ride is the only roller coaster at Walt Disney World that goes upside down, and the fun is increased by the disorienting darkness.

9) Tower of Terror (Disney’s Hollywood Studios): The only reason the Tower of Terror isn’t quite 200 feet tall is that it would then require a warning light for aircraft. It’s still quite intimidating at 199 feet, especially when you’re inside and bouncing up and down in the darkness in a state of total disorientation. The ride’s sequences are random, so you never know exactly what to expect. The only sure thing is that your butt will be lifted off the seat several times.

10) Mission: Space (Epcot): You know this ride packs a punch when you see that it’s stocked with air sickness bags. They’re not just for show; it generates up to 2.5 Gs of force, which is twice the Earth’s gravity. The ride takes you on a simulated mission to Mars, and its realism is created through the use of a centrifuge much like those used for training at NASA. If your stomach’s not up for the thrills, you can opt for a milder version that simulates the motion without any of the spinnings.

If you’re ready to experience these thrill rides, OrlandoVacation has the perfect package for you. Visit the website or call (800) 641-4008 to book your trip.