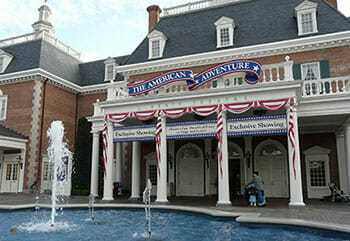 One of the biggest challenges when traveling with an autistic child to Disney World is finding quiet places to take a break and decompress. While the best advice is to travel during lower crowd times, regardless of the time of year you’re visiting you can find quiet areas to get away. Let’s take a look at the top spots in each of the four Disney World parks.

Generally speaking, you’ll find plenty of quiet places to relax and recharge in Epcot. This is especially true when the area first opens because it won’t be crowded. One great spot not to miss is the fountain in front of the American Adventure. You can head inside to the American Heritage Gallery to take a break from the heat. This pavilion is about halfway through the World Showcase so it’s a great place to take a break as you make your way through all the countries.

One of the absolute best places to decompress in all of the Disney parks is Tom Sawyer Island in the Magic Kingdom. Note that you’ll have to take a short ferry ride over to this area, so it’s best for planned breaks and not last-minute meltdown prevention, but there are plenty of quiet, cozy alcoves on this island.

Sometimes it feels like Disney’s Animal Kingdom was built specifically for those who need a quiet respite from the crowds. There are animal trails throughout the park, all of which are meandering, shaded, and have plenty of benches. These areas do get foot traffic but the crowds are generally very calm and low, which makes them a great place to sit down and take a breather for those who have special needs. 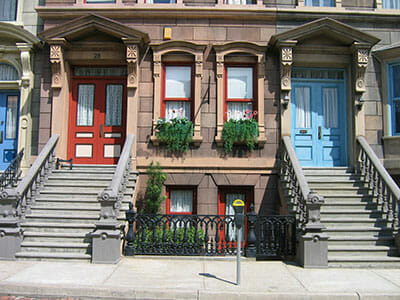 The Streets of America are an area of Hollywood Studios set to look like streets from around the world. Though they lead to a loud stunt show, there are no other rides in the area. As a result, you’ll find these streets virtually deserted on even the busiest days. There are numerous stops to take a seat on and there’s plenty of non-overwhelming scenery to take in.

A Note About All Parks

These quiet spots are a great choice for meltdowns, but there are also relatively quiet and relaxing attractions throughout the parks. For example, the Tomorrowland Transit Authority Peoplemover is a slow-moving quiet ride that is a great break from the crowds. Your family will get its own car to meander through Tomorrowland in, and much of the ride takes place in the comforting dark. Look for rides like these in each park as a way to decompress throughout the day.