I was reading the other day about the progess they are making at Lego Land and I am super excited about this new park opening up. If you are not familiar with LegoLand let me bring you quickly up to speed. Legoland is going to operate on the same parcel of land that Cypress Gardens used to sit on and this theme park is really targeting people of all ages but it is mainly geared towards children 11 years old and younger. 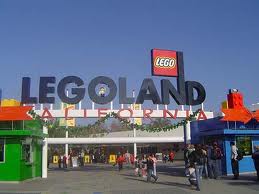 From what I hear, they are really having to do a lot of renovation to the old Cypress Gardens facilities to bring them up to code. In fact, they are actually tearing down more buildings as they have found that it is going to be cheaper to rebuild them then it will be for them to actually bring them to current codes. The target date for the theme park to open is October 2011; however, as with most large construction projects I think it will  probably open in January 2012.

I was just thinking the other day with the addition to Legoland, parents are going to have to spend at least a week here in Orlando to see everything (and at that I’m not sure you can fit it all in). Not only does Orlando have Disney World with it’s four major theme parks, but you also have Universal Studios with two major theme parks, SeaWorld, and now Legoland. What a great time to be offering travel deals to Orlando…with all these great products Orlando is in great position to keep their status as the World’s #1 Family Destination.