Visit during quiet times of year 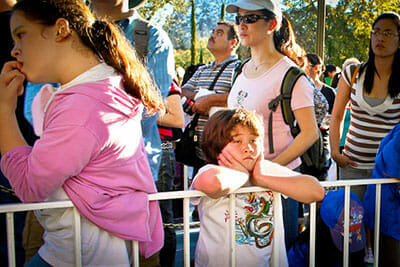 It’s tricky to find a quiet time at Walt Disney World because of the special events scheduled during traditionally slow seasons. For example, the period right after New Years’ used to be slow because adults are trying to catch up after the holidays and kids were back in school. However, Disney now schedules a marathon weekend in early January that draws thousands of runners and their families. Spring and fall usually have modest crowds. The Epcot International Flower and Garden Festival in springtime and the Epcot International Food and Wine Festival in autumn attract more people.

Still, lines tend to be shortest in late May/early June, just before schools let out for the summer and late August/early September when kids start classes for the new school year. Many parents pull their children out of school to visit Walt Disney World so they don’t have to deal with the massive summer and holiday crowds. However, they don’t want to remove kids at final exam time or when they’re just settling into a new year.

If you’re the parent of pre-schoolers, home school your children, or live in a district where schools let out earlier in the year or start later than most, take advantage of the lull in lines. Otherwise, slip in a quick trip just after Thanksgiving and you’ll enjoy short waits and Christmas decorations before the Disney parks start getting busy for the peak of the holiday season.

Get to your Disney park of choice before opening time in the morning so your family is one of the first in the gates. Go immediately to rides that have long lines all day, like Big Thunder Mountain at the Magic Kingdom, Soarin’ at Epcot, Toy Story Mania at Disney’s Hollywood Studios, or Expedition Everest at Disney’s Animal Kingdom. First, grab a FastPass for the ride. Next, get in line and enjoy the short wait, then hurry over to other popular rides until the crowd catches up to you. For example, at Epcot, you can catch a quick ride on Test Track, while Kilimanjaro Safari is a good choice at Disney’s Animal Kingdom. Use your FastPass when the time window starts to get an extra ride with a short wait.

Get To Parks Early

Get to the parks early and do your riding in the morning, then shift to things like World Showcase at Epcot, the animal trails at Disney’s Animal Kingdom, or Tom Sawyer Island at the Magic Kingdom. You’ll wait in line to board a raft to the island, but once you’re there, the kids can explore the caves and fort with no wait. High-capacity shows, like Mickey’s Philharmagic at the Magic Kingdom and the Indiana Jones and automotive stunt, show at Disney’s Hollywood Studios, are also good choices. You’ll wait for the showtime, but the theaters hold a massive amount of people so you should be able to get in for the next performance.

Using your Fast Pass wisely, as soon as your order your tickets and pay for them we can mail them out to you. Once you receive them in the mail, you may register them with Walt Disney World and go ahead and set up your Fast Passes months in advance. If you’re not familiar with FastPass, it is similar to making a reservation for a theme park ride. If you register your tickets at your house you may set up a set number of FastPasses for rides that have long lines. Then you show up at that time and you immediately get to walk to the front of the line.

Your family will want to see the Disney parades and shows like the Wishes fireworks at the Magic Kingdom or Illuminations at Epcot. If you’re spending multiple days in the parks, take care of these must-dos on your first visit, then use your time more effectively later. Parades and shows draw a big chunk of people out of ride lines, so check the schedule and hit popular attractions when people are busy lining up on the parade route or staring at fireworks in the sky.

Focus On Attractions With Short Lines

You can get to the parks early and do your riding in the morning. After that, then shift to attractions like World Showcase at Epcot or the animal trails at Disney’s Animal Kingdom. Tom Sawyer Island at Magic Kingdom, the kids can explore the caves and fort with no wait. High-capacity shows, like Mickey’s Philharmagic at the Magic Kingdom and the Indiana Jones, are also good choices. You may end up waiting longer, but you should be able to get a good seat for the next performance. 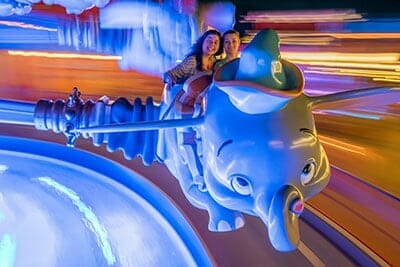 This strategy is especially helpful during the peak seasons when the Disney parks extend their hours. Florida weather is hot much of the year, and the combined high temperatures and humidity drain tourists. Take advantage of this by taking a midday break with your family at your hotel or vacation home rental. Tuck younger kids in for a nap and let the older ones have fun at the pool. Fuel them up with a good dinner, then head back out to the theme park of your choice. Be sure to arrive at the theme parks before the peak time of 5 pm. Between 5 pm and 7 pm, guests tend to eat dinner or leave the parks. You may be able to even ride a popular attraction as your last ride just before the park closes with a shorter waiting time.