Do you know how many theme parks make up the resort and which one is home to the Wizarding World of Harry Potter? Are you aware of the entertainment options at Universal CityWalk, located adjacent to the Universal Studios Orlando Resort?

Here are four facts about Universal Studios Orlando Resort to help you decide whether you’d like to make it part of your next Orlando vacation:

Universal Orlando Resort has several entrances on Universal Boulevard, Turkey Lake Road, and Kirkman Road, all of which can be reached easily via I-4 or State Road 535. Just jump on I-4 and take it to the Sand Lake Road exit, then turn onto Turkey Lake Road or exit at Universal Boulevard or Kirkman Road. If you’re in the Lake Buena Vista area and want to avoid the expressway, take 535 to Sand Lake Road, then turn on Turkey Lake and head to the Universal entrance. If you don’t want to drive, many Orlando hotels offer free shuttle service to Universal Studios Orlando Resort. Otherwise, you can arrange your own shuttle ride to the parks. 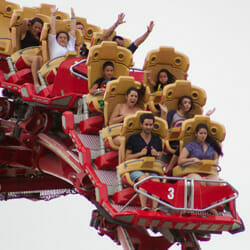 Universal Studios Orlando was the first of those parks. It opened in 1990, with rides themed to such movies as Jaws, E.T., and Kongfrontation. Movie-themed shows included Alfred Hitchcock: The Art of Film Making Movies and Universal Orlando’s Horror Make-Up Show. Islands of Adventure opened next door nearly ten years later, in 1999, as more of a traditional theme park. Its thrill rides included the Incredible Hulk and Dueling Dragons roller coasters, a Jurassic Park section, an area devoted to the Marvel Super Heroes, and Seuss Landing for young children.

Volcano Bay is a resort-like paradise of a waterpark. It opened in 2017 with slides, drops, an aqua coaster, a wave pool, rapids, and a beach. It is different from other water parks, however. It has the Tapu Tapu wearable that helps hold your place in line while you play in the wave pool or other attractions. The park also has conveyer systems to bring rafts and tubes up for guests so they don’t have to scale the steps with them.

Universal Studios Orlando and Islands of Adventure have changed a lot over the years. Most of the original rides have closed. Currently rides and shows themed to the Simpsons, Despicable Me, Men in Black, the Mummy, Jason Bourne, and The Tonight Show sprang up in their place.

Although the three parks are near to each other, they require separate admission tickets or you may also buy a two or three-park ticket that lets you move between them all day. 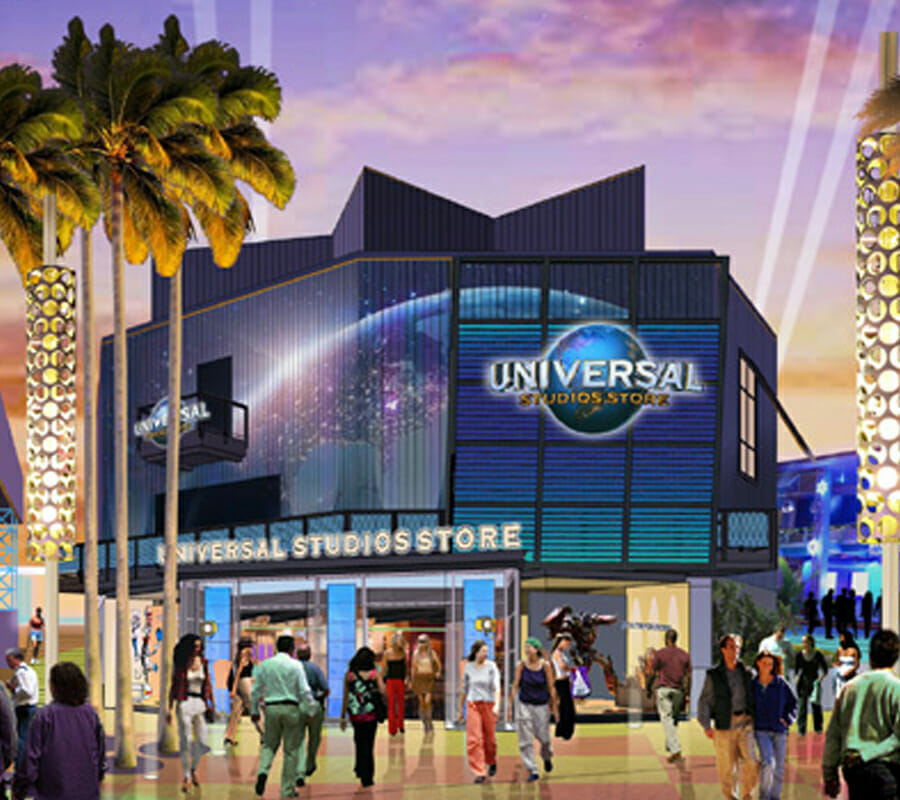 CityWalk is a great spot for nightlife after the theme parks close or if you just want a change of pace. It has clubs and restaurants, like Bubba Gump Shrimp Company, Hard Rock Cafe, NBC Grill, Antojitos, and Jimmy Buffet’s Margaritaville. Family-friend fast food options include Burger King, Moe’s Southwest Grill, Panda Express, and Cinnabon.

You can catch a movie at the AMC theaters or play a round or two of miniature golf at the Hollywood Drive-In. The two courses pay tribute to horror and science fiction movies. A large Universal Store has all the merch you could want to form the parks.

There’s no admission charge for CityWalk, so you can visit it any time, even if you don’t plan to go to the theme parks. You’ll be charged for parking, but rates drop in the evening to attract more business to the shops and eateries.

The Wizarding World of Harry Potter 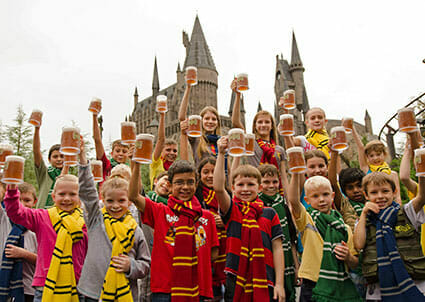 Many Orlando visitors believe that the Wizarding World of Harry Potter is a separate theme park with its own admission charge. Some even think they’ll find it at Walt Disney World, but it’s actually part of Islands of Adventure and Universal Studios.

Hogsmeade is the area in  Islands of Adventure. The highlight is Hogwarts Castle, which houses the signature ride Harry Potter and the Forbidden Journey. The area has two other rides: Hagrids Magical Creature Motorbike Adventure, a very popular themed coaster, and the Hippogriff family coaster.

Bring some extra cash or charge cards if you’re a Harry Potter fan because the section is packed with themed shops, too. Buy a broomstick, robe, or wand, sample the sweets at Honeydukes, or buy something silly at Zonkos.

Diagon Alley is in Universal Studios Florida. Here you can find a larger land with shops, treats, yes butterbeer, live shows, and experiences. Escape from Gringotts is the flagship ride with a firebreathing dragon perched on top.