Halloween is a popular time to visit Orlando because of all the holiday events. Little kids love the Halloween Spooktacular at SeaWorld Orlando, which is included with regular park admission. It features trick or treating stations, lots of character greetings, and other fun every weekend in October. 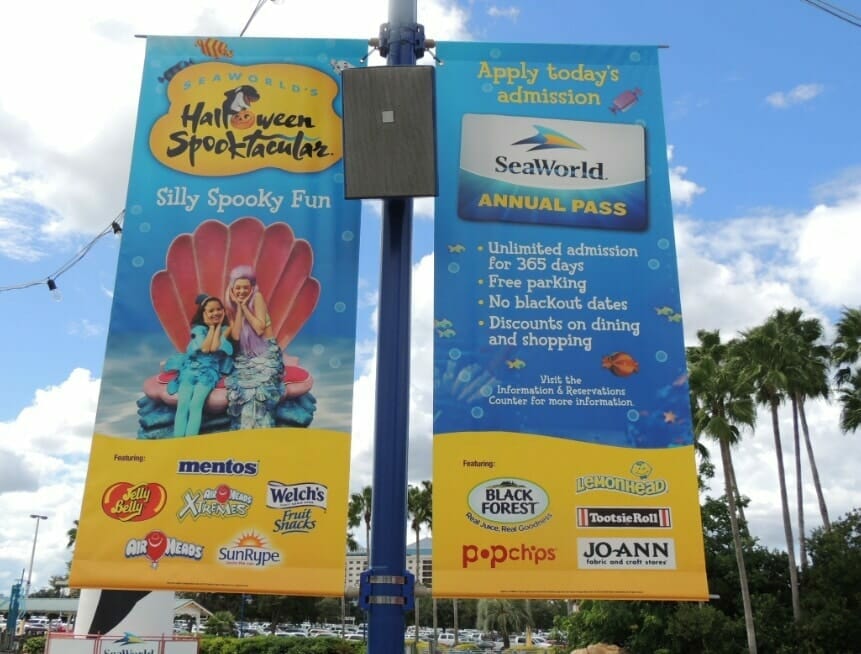 SeaWorld Spooktacular is a great event

Mickey’s Not So Scary Halloween Party

Walt Disney World, Mickey’s Not So Scary Halloween Party is also a prime place for trick or treating. It’s an extra-cost event at the Magic Kingdom, with special shows, fireworks, costumed characters, and the Boo to You Parade. This attraction is not part of your Disney World discounted tickets… you will need a separate pass to get into this this event.

If you have older kids or more of a taste for terror, Universal Studios Florida has Halloween Horror Nights. This extra-cost event runs on select nights, with eight intense haunted houses and scare zones located all around the park. There’s no trick or treating, but plenty of blood and gore.

However, Halloween events aren’t the only reason to come to Orlando in the fall. One of the biggest draws is the Epcot International Food & Wine Festival, which runs until November 11. This festival happens daily in World Showcase, with special kiosks that ring the waterfront and serve up ethnic cuisine. In addition to the usual countries, you’ll find offerings from places like Scotland, Brazil, and Poland. Other kiosks focus on special fares, like fresh Florida foods, cheese plates, vegan entrees, and decadent desserts. Book a Disney Vacation package with OrlandoVacation.com and get a special EPCOT Food Festival prize.

Sample from around the world

The food is served up in small portions that allow you to hop from kiosk to kiosk and sample several different items before you’re full. In addition to wine accompaniments, there are other alcoholic libations and non-alcoholic drinks. For example, you can enjoy a Scotch flight or a drinkable s’more.

The festival has special exhibits like the Ocean Spray cranberry bog, which springs up on the pathway between Future World and World Showcase every year. The Epcot event coincides with the real cranberry harvest season, so guests get a little glimpse at what the growers are doing back at their farms. 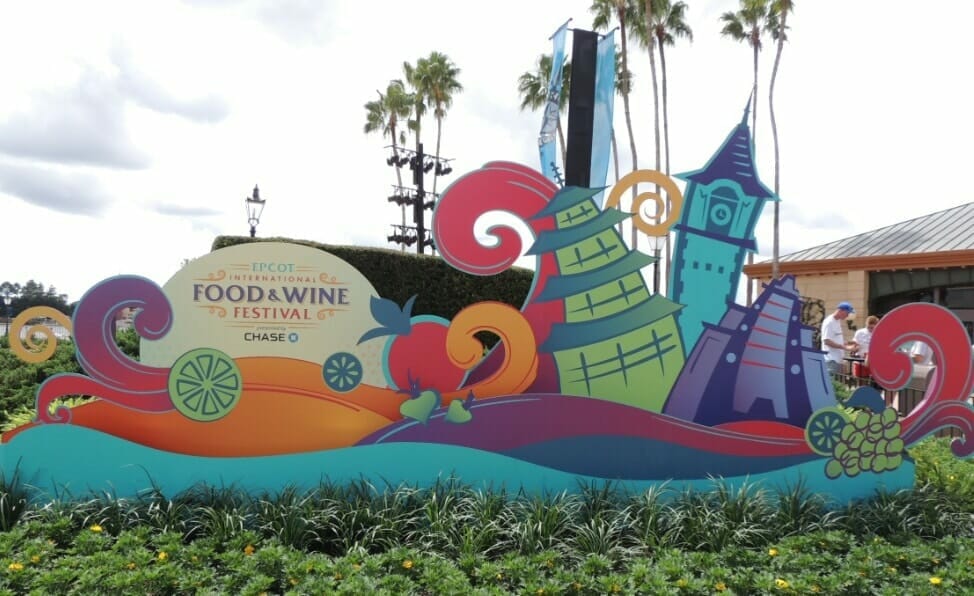 Food and Wine Festival at Disney World is the largest event at EPCOT.

The old Wonders of Life pavilion gets a new lease on life during the Epcot International Food & Wine Festival when it’s transformed into a bustling Festival Center. It’s the headquarters for cooking demonstrations, wine classes, the Ghirardelli Chocolate exhibit, a wine store, and a massive souvenir shop. You can pick up a free passport at the center and have it stamped as you work your way through the global culinary fare.

Even though festival admission is included with your Epcot ticket, the food and drink cost extra, as do some of the demonstrations and other special events. The festival gets very crowded later in the day, so it’s best to arrive at opening, plan out your strategy in the comfortable, air-conditioned atmosphere of the Festival Center, and then head to World Showcase as soon as it opens at 11 a.m. Enjoy a lunch of food samples, then make another round later, at dinner time. That allows you to fit as much indulgence as possible into your day.

If possible, visit the festival on a weekday. It’s just as popular with locals as with visitors to Orlando. Most locals have to work during the week, so they flock to Epcot on the weekends. A weekday visit lets you avoid that extra wave of humanity.